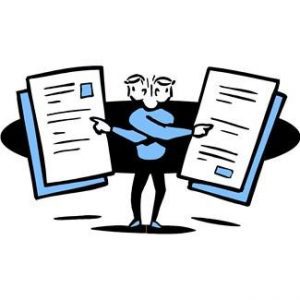 We writers can be closed off and private or very prone to over-sharing. And as with conversations over dinner, so go query letters and cover letters. When you submit your writing, you want to be sure you’re not sharing TMI (too much information). Here are a few things you should consider leaving out of your letters.

Age at which you started writing. If you’re making submissions, it’s pretty much a given that at some point in your life, you began to love writing. Maybe you were five and maybe you were fifty. Unless there’s an especially compelling (book-related) reason to mention when or why you fell for writing, best to leave it out.

Number of places the work has already been rejected. If you were walking into a bar and everyone who was leaving stopped to tell you how lame it was inside, would you pay the cover charge? Probably not.

Reason you don’t think the work will be picked up. There’s no reason to point out any reasons that you feel your writing may be weak. If it is weak, facts will speak for themselves.

Ghostwriters and editors. You might not want to mention right off the bat that you’ve had your writing professionally edited. You might mention a writing coach or teacher, but generally, leave line editors out. Why? Because a literary agent or poetry editor wants to offer a contract to you, not your freelance editor. That said, we do believe that honesty is the best policy. And so before you sign a contract at a literary agency, be sure your agent knows you worked with an editor.

How much money you expect/want to make. A query or cover letter is not the place to talk about payment, advances, or rights (like movie deals). Have that discussion once you’re further along in the process. Read more: How Much Money Can I Make Writing Poems, Short Stories, Novels, Essays, And Nonfiction Books?

When you had your last eye exam. Unless your medical condition is relevant to your writing, it may not be appropriate to mention any mental or physical health issues in your letter.

How many of your friends and family members like your writing. Praise from blood relations, in-laws, friends, professors, and writing groups doesn’t count when you’re gunning for the big leagues. Include only professional reviews or quotes from established writers.

Personal manifestos. You certainly can (and should) have a personal manifesto (or two). But your letter is not the place to mention it unless it ties directly into your writing.

Negative situations with other publishing professionals. Maybe you used to have an agent who was a slimeball. But mentioning that negative relationship in a query letter is like wearing a pin to singles night that says “Ask me about my divorce.” Sometimes, it’s necessary to bring up bad things in a query; the key is doing so with care. You do want to be clear about a project’s history, especially if you’ve already “shopped it around” to editors. But you can allude to your situation without bombarding an agent with details. If you get a nibble, then you can mention any negatives from the past. Learn more: Warning Signs: How To Spot A Bad Literary Agent: Part One.

This is my [first/second/thirtieth manuscript]. While feeling proud of your accomplishments is good, literary agents will likely read that you’ve written thirty books and wonder why none of them have been published. And if it’s your first or second manuscript, that may not be something to call attention to either. Just play it cool by not mentioning how many manuscripts are under your bed.

This is the first of a completed, fifteen-book series. If you’ve written fifteen books in a series but you haven’t sold the first one, you may be in for trouble. Better to focus on one book at a time. Learn more: Mentioning Multiple Books In A Query Letter.

The Moral Of The Story For Your Letters

Writing a query or cover letter is like going on a job interview: you don’t want to give too much or too little information. Always speak to your strengths, not your weaknesses. Common sense and a bit of precaution will go a long way!

QUESTION: Write a sentence that you believe should NOT appear in a query letter. Feel free to be silly!

25 Responses to TMI: A List Of Things NOT To Say In Your Query and Cover Letters