How To Pick The Right Names For Your Characters 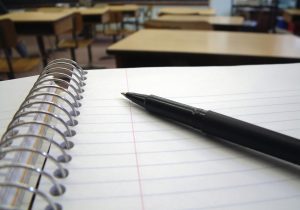 Picking the right names for your characters is a small but important part of developing your short story or novel. This process comes easily to some writers. It’s one of the first things they decide, and everything about those characters develops naturally from there. For other writers, however, picking a name feels as monumental as naming a newborn baby.

And that’s no exaggeration!

Before you start scrambling for the baby name books, here are a few things to consider when coming up with names for your characters.

A Checklist To Consider Before Choosing Character Names:

Where are they from? When are they from? The cultural and historical context of your character’s life is often a good place to start when searching for a name. As pretty as the name Gwendolyn is from a modern perspective, you’d probably be hard-pressed to find anyone with that name in, say, Imperial China.

By that same token, it’s not entirely unlikely that a first-generation Polish-American boy in the 20th century might be named Henry because his parents wanted him to fit into their new homeland.

Keep in mind that different countries and time periods have different naming traditions. In Japan, for example, a person’s family name goes before their given name. And up until modern times, people from Scandinavia used patronyms instead of surnames—that means that Lars Sørensen would have been the son of Søren Madsen, who was the son of Mads Andersen, and so on.

Age. How old is your character? Name trends change from year to year. If your story is set in modern times, a little research can yield a lot of information about what names were popular around the time your character would have been born.

For example: A name like Ethel was popular in the early 1900s, which might explain why today, we associate it with little old ladies. If in your story Ethel is a teenage girl, it will probably strike your readers as odd unless there’s a good reason for it.

And hey—maybe there is. That’s what a solid background story is all about!

What is their personality like? By folding personality into names, you can subtly influence how your readers perceive your characters.

Think of Willy Loman from Arthur Miller’s Death of a Salesman. Willy is a pretty common name, fitting for this Everyman-type protagonist. Note that no one calls him William, which would conjure up a sense of respect (which, in fact, no one has for him). Furthermore, his surname quite blatantly states his position on the social ladder—he’s a Low Man, struggling and ultimately failing to elevate himself.

If you don’t want to be so obvious, consider the sound of your character’s name. A name with hard consonants like “k” and “t” implies masculinity (i.e., Brock), whereas softer vowel sounds can evoke the feminine (i.e., Evelyn). But you may want to flip these conventions if it makes sense for your character.

You can also play on words. It’s an obvious example, but Severus Snape from Harry Potter sounds an awful lot like “severe snake,” which says multitudes about his personality.

Okay, fine, grab the baby name book. Sometimes the meaning of a name can be the unspoken power behind it. Names like Grace and Joy are pretty obvious in their meanings, while others are composed of words from ancient or foreign languages.

Let’s go back to Henry. The name of many English kings, Henry comes from the Germanic name Heimirich, which means “home ruler” (heim meaning “home” and ric meaning “ruler”). So, while ordinary on the surface, its meaning and historical significance make it a great name for a character taking on a position of great power.

Keep it simple, silly. While all of the aforementioned points can help you settle on the appropriate names for your characters, you don’t want to go overboard. The names that you choose should enrich your audience’s reading experience—not pull them out of it. So while Piloqutinnguaq (native Greenlandic for “little leaf”) could work in context, it may jar your readers right out of the story, and that’s the last thing you want.

QUESTION: What is the name of the last fictional character you wrote or read about?