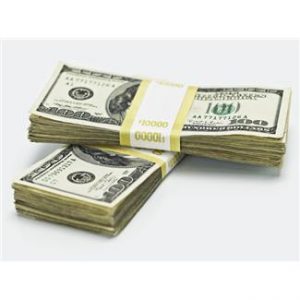 Many writers wonder, “How much money can I make as a writer?” And we at Writer’s Relief know that while it may seem frustrating, the answer is “It depends.” How much money you can make on a book, story, poem, or novel depends on many factors: the market for your writing, the strength of your voice, your ability to research and submit regularly, etc. Here’s a breakdown by genre to help you understand how much money you may or may not make with your writing. This will help you as you learn how to get published.

Writing is the only profession where no one considers you ridiculous if you earn no money.  Jules Renard

How much money will I make writing poems (or books of poetry)?
Individual poems are most often published by colleges and universities—institutions that do not have much money since they are funded mostly by grants. Therefore, it’s unlikely that poets will make any significant money by publishing their individual poems. Occasionally, a magazine will choose a poem from among those it published in a given year and award that poem a prize—however, that’s not income a poet can bank on.

Some independent presses will pay their poets for a collection of poetry or a chapbook of poems; however, the advances rarely produce a living income. Often books of poems are published via competitions sponsored by independent and university presses (the poet pays an entry fee, which is then put toward the payment for the book of poems once a winner is chosen). Established poets have been known to enter many contests (and pay many contest fees) before securing a win. So be prepared to make a significant investment if you’re going to attempt to make money by entering publication contests. You also have the option to self-publish your book of poetry and market it yourself.

See our articles Five Ways To Make Money As A Poet and The Best Day Jobs For Creative Writers for more information.

How much money will I make writing and selling a book?

Advances (payments guaranteed for publication) vary at traditional publishing houses. According to 2010 statistics, in the larger New York City publishing houses, you might expect a publisher to pay you anywhere from $2,000 and up for your book or novel. A small book deal may be $5,000 to $20,000. A middling deal may be $20,000 to $60,000. A significant deal may be $60,000 to $150,000. And, of course, advances can go through the roof for a book that every publisher wants. Some smaller independent houses may pay less than $2,000, especially for new writers or for books that may not have a wide appeal. (NOTE: These numbers are approximations, since there are no “rules” that dictate what is considered a big or small book deal.) Ultimately, the size of your book or novel advance depends on your platform, the excitement surrounding your book, and the size of the editor’s budget. A good literary agent can help you negotiate the most amount of money and best rights deal for your book or novel.

Along with traditional publishers, there are new publishing models forming. Some publishers—who have national distribution, best-selling authors, and strong sales—are foregoing traditional advances. Instead of paying their writers one lump of money at the beginning and then relatively small royalties later on, they are instead offering authors a higher share of royalties from the start—with no advance. NOTE: Some publishers who take this approach are very successful. But others are not. As always, writers should know what they are getting into before signing a contract.

If you are self-publishing, how much money you make on your novel depends on how much legwork you’re willing to do to promote it. Statistically, the majority of money made by self-published novelists depends on the success of their marketing efforts and the ultimate sales of their book. While some writers may not make a profit that goes beyond the cost of printing, others go on to do very well under the love and care of their writers!

As with poetry, story and essay writers may sometimes be awarded prizes for their work by the publisher (but there’s no guarantee). Story and essay writers can also compete to win a publishing contract for a collection of their writing. Please see our “How much money will I make writing poems” section above for more information on writing contests.

Some commercial publications do publish short stories, and they do pay their short story authors a significant amount of money. However, commercial markets are especially hard to break into for short story writers. If you want to have the best shot at getting your short story published in a paying market, you’ll most likely need to build a strong bio, with a history of having published in college and university literary magazines, before moving on to bigger and better known publications.

Most writers write because they love it; they will write regardless of how much money they make or don’t make. Some of the most successful writers report that being paid for publishing is an afterthought—that an advance is just “gravy.”

That said, many writers do go on to make a LOT of money. But in order to get to that point, writers often have to “pay their dues” by not getting paid any money for their early work. A writer’s success in nonpaying markets will often determine how much a writer is paid when he or she approaches paying markets (since payments are sometimes determined by how much buzz surrounds a given writer). For more on this, please read Building Publication Credits.

Writer’s Relief can help you submit your novel or book to agents; we can help you target your poetry, short stories, and essays to the best-suited literary journals. Some writers may go on to make a significant amount of money on their writing, but we can’t guarantee writers a big income. What we can promise is that our clients have more time to write because we tackle the submission process for them, making it more effective and increasing their odds of publication. We help our writers build up their literary bios so that literary agents and editors with significant budgets will take them more seriously. How much money you’ll make writing poems, stories, and novels or books ultimately depends on your talent and stamina. If you love writing and want more time to write, Writer’s Relief can help.

QUESTION: You’ve heard the term “starving artist.” Do you believe that writers should write for a specific (paying) market? Or should writers not consider the financial ramifications of their creative choices?

← Electronic Submissions To Literary Agents and Editors: Why They're Here To Stay Are "Who's Who" Awards, Honors, And Directories Legit? →