Write A Cover Letter Or A Query Letter: The Basics 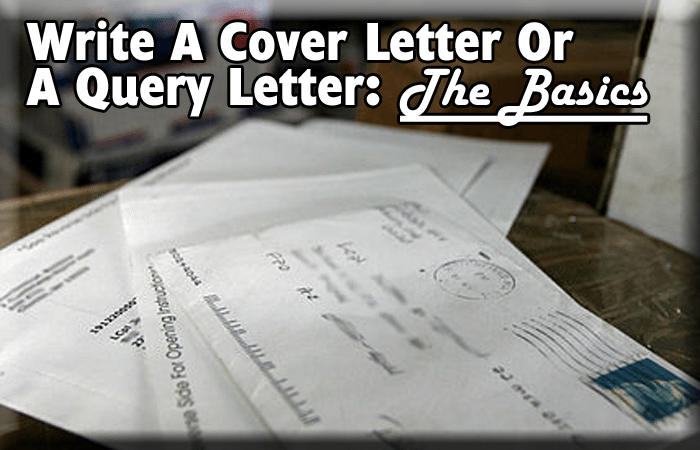 If you’re thinking of writing a cover letter or a query letter, you’re taking the first steps toward getting your writing published!

What is the difference between a cover letter and a query letter?

What is a cover letter? The term cover letter is generally used to refer to the letter of introduction that accompanies your poetry and prose submissions to literary journals and magazines.

What is a query letter? A query letter is a type of cover letter that is geared specifically toward literary agents. Literary agents represent book projects and sell them to publishing houses. They rarely represent short stories or poetry.

In the freelance writing industry, the term query letter can be used to refer to a letter that is pitching a nonfiction article to an editor at a news magazine or other periodical. But in the book publishing industry, query letter describes letters that are sent to pitch books to literary agents.

What do cover letters and query letters have in common?

Literary agents and editors want concise, clear information. They don’t want to be distracted by gimmicks or bogged down by long-winded explanations.

Both cover and query letters are letters of introduction. Both contain author bios and basic information about what is being submitted.

The primary difference is that, while query letters include a synopsis of the project in question (in order to entice an agent to read more), cover letters do not.

A cover letter presumes that the editor who receives it will read the enclosed/attached materials.

How long is a cover or query letter?

One page. Single-spaced. And, no, your letter is not the exception that can be longer than one page. 🙂

What’s the bottom line with cover and query letters?

Editors at literary magazines or literary agents may or may not read your cover letter, but you’ll still need to follow their submission guidelines carefully in order to be taken seriously.

Now that you know the basics, it’s time to create an amazing cover or query letter. Our free articles will help. Be sure to check out our Free Publishing Tool Kit!

Here are some other important posts about cover and query letters:

Cover And Query Letters: Striking The Right Tone In Your Writing

The Anatomy of A Query Letter

How To Handle Salutations

Fan Fiction: Should You List Fan Fiction Awards And Publications In Your Writing Bio?

Query Fail: How NOT To Write A Query Letter

Query Letters: When (Not) To Talk About Multiple Books, Including Sequels, A Series, And Other Projects

Self-Publishing: When (Not) To Include Your Self-Published Book In Your Query Letter:

How To Write And Send E-Queries

← Cover Letters And Query Letters: A Checklist For Writers When To Use Lie Or Lay →